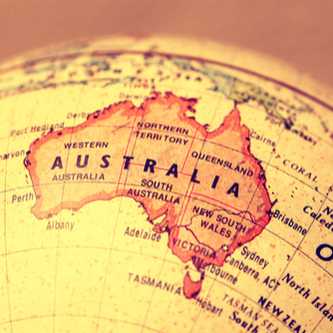 In this blog, we share a brief summary of how 3PL provider and freight forwarder BCR started and evolved to respond to customer needs within the country’s ever-changing corporate landscape over the last 125 years of Australian history.

Starting on the wharf in Sydney

If the founder, Frank Cridland had a crystal ball handy as he stood on Union Company’s Darling Harbour Wharf on 29 February 1892, it may have eased the disappointment of his horse and cart falling into the water before he’d even carried his first load.

The country lad from near Mudgee got his start in the freight business working as a clerk for transport company Wright Heaton at age 15. By age 19 he decided to strike out on his own as an independent carter.

Sydney was in the midst of an economic slump, making perseverance and dedication to providing customers with reliable, efficient and professional service crucial to growing from a one-horse cartage business to one that near the end of the 1800s was operating between eight and ten teams. As the new century dawned, Cridland branched into the customs agent business, something that is still core for BCR today.

In 1904 he became a foundation member of the Custom Agents’ Association and named his business “Frank Cridland and Company”. By 1911 he had also purchased land for stabling a growing number of lorry horses and associated equipment and supplies.

Throughout the first part of the 20th century, the company continued to grow, and its spirit of enterprise and innovation saw it become an early adopter of motor lorries to replace the majority of the horses.

In 1926 the firm renamed again, as Frank Cridland Limited, to reflect a growing range of services and operations.

Then came The Depression years, hitting both the cartage and the customs business hard. One of the jobs that kept the company going was the construction of the Sydney Harbour Bridge, for which Cridlands had a contract to carry the distinctive latticework using six-horse teams.

Helping build the iconic Sydney Harbour Bridge, which is now celebrating its 85th anniversary, was an important milestone for Cridlands.

Taking to the skies of Australia

Innovation and finding creative solutions to freight challenges is built into the DNA of the company. In 1930, after his first commercial flight, Cridland approached Australian National Aviation (ANA) about becoming the new carrier’s Sydney freight agent, which proved successful. A Melbourne office representing ANA followed soon

The next phase unfolds

In 1949, a young Queenslander, Ray Katte joined the firm as a clerk. He would be one of the dedicated team members to take up the reins of steering the company’s customs division towards further growth in the years following Frank Cridland’s death in 1954.

After 20 years with Cridlands in the Customs business, Katte decided to start his own customs agency. R Katte Customs Agency started with just four customers, however, it rapidly grew due to the high standards of service his firm provided.

By 1983, Ray Katte gave proof of his sense for innovation being one of the very first adopters of computer applications for the business, developing its own systems in-house. This move into the digital age was led by Ray’s son, David Katte. This same sense for innovation led Ray to purchase the Frank Cridland Customs Clearance division in 1985. To build on Cridland’s rich Australia history, the newly merged entity was named Frank Cridland Ray Katte Customs Agencies.

Ray Katte always had an eye for opportunity and identified one in building on the Customs service offering through expansion into the associated area of freight forwarding services. Robert Hunter was approached by Katte to lead the new operation, which launched in 1994 as BCR.

Hunter had the experience and knowledge to spearhead the new freight forwarder in partnership with Ray Katte and his son David Katte. The new international freight forwarding company operated under its own identity, BCR Australia Pty Ltd, to ensure there could be no risk to the reputation of the Frank Cridland Ray Katte Customs Agencies brand should it not succeed.

By building on similar values to those that ensured the success of Cridland and Katte, succeed it did. BCR soon developed a national footprint that covered all major ports, airlines and land freight routes. Offices were opened in Melbourne, Brisbane and Perth to boost the level of service provided by the original Sydney office.

The success of the new company soon reassured the management of Frank Cridland Ray Katte Customs Agency that its standing had not been compromised. And in 2006 BCR formally purchased the Agency and the services of both companies were combined under the BCR banner to provide an integrated freight forwarding and Customs service offering to both existing and new customers.

In 2012, to further meet the diversifying needs of its customer base and attract new business, the range of services was expanded to include 3PL warehousing and distribution. Continuing to be at the forefront, in 2017 BCR was accredited as an Australian Trusted Trader, making it one of the first Australian-owned freight forwarders and 3PL providers to receive this globally recognised accreditation.

The ever-evolving nature of 3PL and freight forwarding

With 125 years of history and progress behind it, BCR continues to look ahead to how it can provide the highest quality freight forwarding, customs consulting and 3PL logistics services to its customers. BCR offers many of the benefits of working with a multinational provider, such as a robust global network, structured procedures and quality management, while at the same time providing the customised service levels and access to management that are positive aspects of working with boutique providers.

“Building on the values Frank Cridland and Ray Katte instilled into their businesses is key to us in how we move forward into the future,” BCR Director and co-owner Robert Hunter says. “We have renewed our focus squarely on our customers both present and future, and have a firm vision to collaborate with them, understand their needs and be a trusted partner to their business.”

The son of Ray Katte, David Katte, who first brought the company into the digital age in the 1980s, is still a co-owner and Director of the business. “Our mission is to provide our customers with solutions that are tailored to their needs and contribute to their success,” Katte says. “We believe in being proactive, creative and we are passionate about building a mutually beneficial relationship with our customers. It’s been an incredible 125 years of evolution in the logistics industry. I’m excited to see the new challenges and innovations that are yet to come, and discovering how we can use them to provide the next generation of freight forwarding, third party logistics solutions and customs consulting services that contribute to the success of our customers.”