At BCR, as a freight forwarder, customs broker and 3PL provider, we understand how challenging it can be to stay up to date with the frequent changes that happen within the sea freight, air freight and freight forwarding industry. 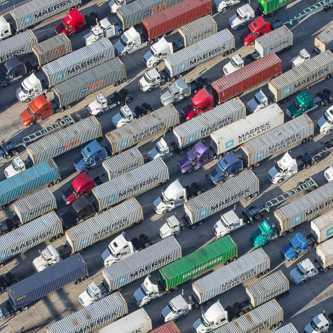 At BCR, as a freight forwarder, customs broker and 3PL provider, we understand how challenging it can be to stay up to date with the frequent changes that happen within the sea freight, air freight and freight forwarding industry. To assist Logistics solutions Managers and Managing Directors, we regularly update the market on the most relevant and the most important changes. In this blog, we will update you on changes that start coming into effect on 1 April. These changes, which relate to increased surcharges from container terminals and toll road operators, are likely to impact all freight forwarding customers, any company that imports/exports to and from Australia and any business that uses the road network in Sydney and Melbourne.

Read on to learn what is changing so that you and your business can be prepared.

DP World Australia (DPWA) is one of the stevedoring companies that run container terminal operations at the main ports in Australia. Each year nearly 3 million TEU run through their operations Australia-wide. DPWA has recently announced the:

increase in the Infrastructure Surcharge for the Swanston Dock

These surcharges allow access to the terminal for both road and rail operators.

DPWA have advised that the introduction (and increase in Melbourne) of this surcharge is due to the introduction of competition, privatisation, the consolidation of the shipping industry and rising property costs. Since 2013, DPWA reported their business has incurred material increases of 30% in the costs of occupancy, including the cost of council rates, land tax, rent and terminal infrastructure maintenance.

It is likely that most freight forwarding companies will be recovering this cost by introducing an Infrastructure Surcharge which will apply in Sydney and Melbourne. At BCR, we believe that while Patrick and Hutchison Terminals have yet to announce their intentions to increase fees to shippers via freight forwarding companies, we do expect they will soon follow suit with a similar charge.

Rising Tolls in Melbourne and Sydney

Please be advised that Toll providers in both Sydney and Melbourne will be lifting their Citylink toll fees for all heavy vehicles on 1 April 2017. Toll fees will increase by as much as 225%.

These increases represent a significant change in the cost to complete container deliveries for customers. As a result, transport providers can no longer absorb these costs and have been left with no option but to pass these on to freight forwarders which in turn are likely to pass on to their customers. Toll providers have also notified that there will be price increases every quarter from this point forward.

As you may have heard, the Victorian International Container Terminal (VICT) came online on 17 February 2017. VICT is owned by International Container Terminal Services, Incorporated (ICTSI). ICTSI is a stevedoring company that focuses on operating, managing and developing common-user container terminals worldwide, and this is their first terminal to operate in Australia.

VICT is relatively new and not many shipping lines are currently using it. It is important to note that when shipping lines do start using the terminal, there will be increased costs to customers via their freight forwarder.

One specific fee that is significantly higher than other terminals is the Import Vessel Booking Slot Fee. This fee will be charged on all containers because the terminal provides a lift weight for every container (without exception). This fee is passed on to the transport operator, then to the freight forwarder and ultimately to the customer. There are other fees that will be imposed, however, these will only apply if this terminal is used.