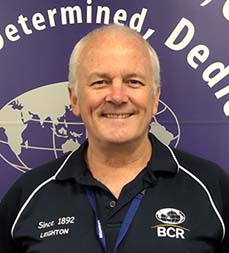 David Katte is a Director of BCR and moonlights as the CFO. David joined forces with his father Ray Katte and Robert Hunter to form what is now known as BCR in 1995. David is celebrating his 37th year as a BCR employee, joining the company in December 1983 in what was then known as Frank Cridland Ray Katte Customs Agency.

A passionate industry advocate, David chaired the former CBFCA and represented the industry during the transition by Australian Border Force to their current system ICS. Apart from his Finance skills, David is a highly competent business analyst. It was through his passion for Finance and IT that David met his beautiful Tawnya.

David is a Sydney boy through and through, and when he is not plying his trade at BCR, you will find him join enjoying the many culinary delights connected to his wife’s business. David loves the outdoors and can often be found hiking away in one of NSW and Australia’s beautiful national parks.

David, what does it mean to you to work at BCR? BCR is such a big part of my life. The people and the journey are what I enjoy most. 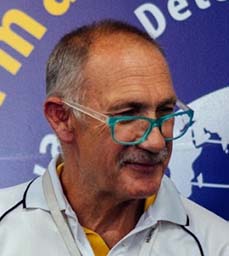 Rob is a Director of BCR and has been with the company since 1995. Rob’s passions are the customers of BCR. Many of our customer associations extend back to the Cridland days. Rob is a passionate advocate for our customers and ensuring BCR plays our role to enable their business success.

Rob grew up in a working-class family in the eastern suburbs of Sydney and is a proud Newington old boy. He loves the great outdoors, his family, friends and his border collie dog, Jessie.

Rob, what does it mean to you to work at BCR? When we look after our customers, the rest takes care of itself! 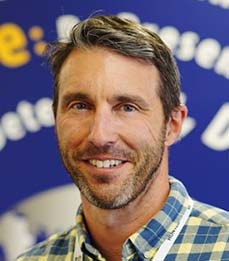 Michael Thirgood is the CEO at BCR. Michael joined BCR in January 2010 as the Queensland State Manager. When the company transitioned from a state-based Freight Forwarder to a National Freight Forwarding, Customs and 3PL service provider in 2014, Michael was appointed as COO. In 2018 Michael became CEO. Michael’s passion has always been the people he works with and delivering service excellence to customers! This passion was born early in his career when he led a 2-year period of growth in what is now the world’s largest shipping line / logistics provider that saw his team grow from 7 to 70 staff.

One of Michael’s favourite sayings, which now adorns the walls of all BCR offices, is “in everything you do, stop and think, how does this impact the customer”? It is this mindset that is instilled in all the team at BCR, and part of the reason why BCR is considered one of Australia’s leading Freight Forwarders, Customs Broker and 3PL providers.

Michael is a proud Australian and Queenslander, a member of the Brisbane Broncos and a passionate supporter of any team that bleeds maroon! Outside of BCR, Michael’s passions are education, sport, his family, and fitness. Having climbed to basecamp at Mt Everest, run marathons and paddled Bass Strait, Michael is always on the lookout for his next challenge.

Michael, what does it mean to you to work at BCR? Quite simply, I get up each weekday morning and I look forward to going to work!

Rowena is the Finance Controller for BCR. Rowena joined BCR in 1997 and is based in our Head Office in Sydney, Australia. It is there that she has led our Finance team for the last 23 years. Known for her financial discipline and strict controls, Rowena excels operating in an industry that is dynamic and international. 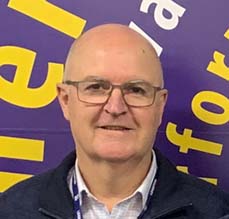 Bill Urwin is the National Operations Manager at BCR. Based in Sydney, Australia, Bill has been a part of the BCR family for 13 years. Bill previously had experience in the Insurance and Financial Planning sectors along with a stint in Aged Care before finding a career in Logistics. Bill loves being part of a team that plays a critical role in the end to end supply chains of a group loyal and appreciative clients. Outside of BCR, Bill enjoys a game of golf and spending time in the garden getting his fingers in the soil to grow food to put on the table. Bill likes nothing better than spending time with his three grandchildren. In Bill’s word, “they have a great capacity to energise, amaze and teach us a thing or two”.

Bill, what does it mean to you to work at BCR? BCR is my second family, which I care for and protect. 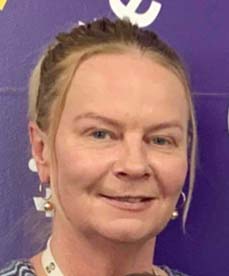 Una is the National Customer Service Manager at BCR. Una first started in the freight industry at the young age of 16 and was hooked on the fast-paced expanding industry from day one! Una is a Scottish born Kiwi who has lived in Australia for 15 years. She is proud to say that she has with the BCR for all those 15 years.

Una thrives on building customers relationships. Most days you will find Una on the telephone or visiting with customers to strengthen our relationship and improve their supply chains. Una wears her BCR hat with pride and takes pleasure in delighting BCR’s many customers.

Una calls Sydney, Australia home now and enjoys visiting new places, being at the beautiful beaches and hiking through the many National Parks.

Una, what does it mean to you to work at BCR?
BCR is my second family. Our values and comradery are set deep in my heart! No problem or issue is too big for our team to get together and resolve for our customer’s. 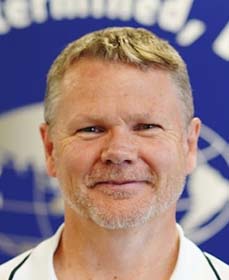 Darren Hann is the Commercial Manager at BCR and is based on the Sunshine Coast in beautiful sunny Queensland. In 2020 Darren celebrates 4 years with BCR. Darren was previously a customer of BCR’s for over 20 years! He,therefore, brings a unique and priceless skill set to BCR as Darren can look at all situations from a customer’s perspective.

A passionate Queenslander, Darren supports the Brisbane Broncos and the mighty Queensland Maroons and rates Jonathan Thurston as the best player the game of rugby league has produced. They say golf can ruin a good walk, but to Darren, it is the best form of relaxation. Darren is also very active, and when he is not working at BCR can often be found climbing mountains, attempting, and mostly executing double backflips and enjoy the great outdoors with his family.

Darren, what does it mean to you to work at BCR? I am supremely proud to be part of a company with origins dating back to 1892. I love the history & respect the brand. 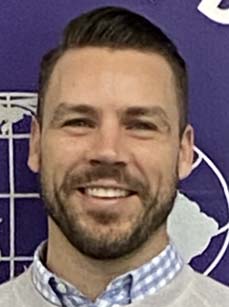 Craig Cowin is the National Customs Manager at BCR and is also based in Sydney, Australia. With 16+ years of industry experience and a strong passion for management & leadership, Craig is in his 10th year with BCR. As National Customs Manager, Craig’s role involves leading a team of Compilers, Brokers, and Consultants in providing customised solutions and advice on all Australian Customs and Biosecurity regulatory matters.

Craig specialises in Customs operations to ensure customers’ cargo clearance times are optimised and compliance obligations are maintained. As a service provider, customs clearance and consultancy services that balance customers’ legislative requirements and commercial trade reality is where his passion for the industry lies.

When he is not working at BCR, you might find Craig out on a golf course, in the gym or at a mighty Cronulla Sharks game.

Craig, what does it mean to you to work at BCR? To me, BCR is a home of rich tradition and a deeply ingrained family culture that has heavily influenced who I am both as a professional and a person. 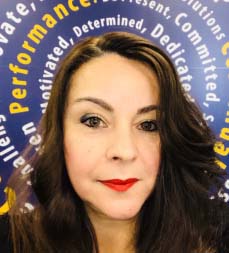 Helia is the Procurement Manager at BCR and is based at Head Office in Sydney. Helia has proudly been working at BCR for 20 years! With almost 30 years of industry experience, Helia is passionate about establishing long term, rewarding business partnerships. She deeply treasures those working relationships that she has built over many years.

When Helia is not working, she is a busy wife and a mother trying to keep up with 3 very active and growing teenagers. Helia enjoys socialising with her Greek-Australian family and her many friends; entertaining, cooking and supporting the local cafes and restaurants. The arts have always been a passion of Helia’s and when the opportunity arises, a musical, theatre, live show, or concert is always a treat. On a cold winter’s night though you will find her snuggled up on the couch watching a good movie at home with my family wins every time!

Helia, what does it mean to you to work at BCR? Working at BCR has given me the flexibility to be there for my family and to form a career. It is forged on mutual respect, trust, loyalty, comradery, and nurtured valuable friendships both within BCR and within the network, it has assisted me to build. 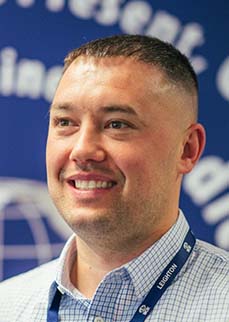 Kiril Krstevski is the National Business Development Manager at BCR. Kiril joined the Melbourne BCR team in 2009, working in what was then known as corporate accounts. He soon transitioned into managing the customer service team. Kiril’s passion has always been building and nurturing key customer relationships and this passion has propelled him to manage the Business Development function for BCR. Having gained extensive experience within the logistics industry over the last 15 years, this has helped Kiril understand what quality customer service truly means. Kiril’s desire is to work with passionate individuals to provide quality outcomes for the BCR community hence his long-standing service with BCR over the last 10 years.

Kiril has been a loyal member of the Melbourne Victory Football club since 2005 and can often be found cheering them on at A -League games standing in the Northern Terrace.

Kiril’s key passions are camping and fitness.  Kiril is always looking toward his next adventure with his wife and two young boys.

Kiril, what does it mean to you to work at BCR? BCR  ticks all the boxes for a job. Personally / socially I have built great relationships with customers / staff / providers. Professionally BCR has helped me grow and pursue my passion in logistics. 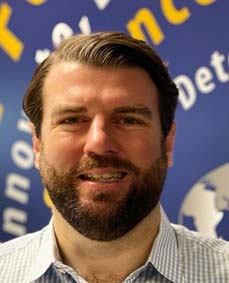 Rohan Keech is National Key Account Manager at BCR. In the early phase of his career, Rohan worked for P&O Nedlloyd Logistics and studied Business Management majoring in Logistics & Supply Chain at the University of Tasmania. Rohan has now been in the shipping and logistics industry for nearly 20 years working for the AP Moller Maersk Group in Denmark, Hong Kong and now with BCR based in Melbourne.

Rohan grew up in Brisbane enjoying many of the benefits this location offers; surfing, camping, fishing, and playing rugby. The current Keech household consists of Rohan, his American wife Tess, and son Jack.

Rohan, what does it mean to you to work at BCR? BCR’s team culture is hard to replicate – it is built on mateship and mutual respect for our customers and one another. We work hard, but we have fun doing it and have a lot of laughs along the way.