BCR is an international freight forwarder and 3PL provider focused on improving results for our customers. 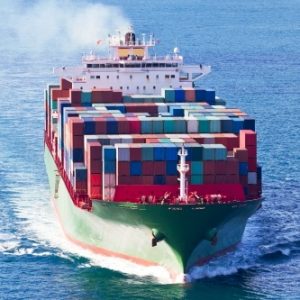 BCR is an international freight forwarder and 3PL provider focused on improving results for our customers.

Each month we inform our freight forwarding customers and 3PL blog subscribers on changes within the sea freight Australia market so they can make informed decisions regarding their imports.

In last month’s edition we reported on the relentless volatility plaguing this trade, challenging the market and continuing to apply pressure on rates. Nothing has changed this month as carriers announced another GRI (effective 1 July of USD 300 per teu) which has once again been short lived with each carrier adjusting rates in accordance to their own agendas.

As international trade volumes have been reported well below the levels seen over the past two decades and container rates are at their lowest ever on many trades, carriers will continue to face difficulties as they battle significant capacity pressures.

With the AADA member lines blank sailing program coming to an end this month and not having the desired outcomes, member lines have decided as a group not to extend this program. However, as we have just experienced, some carriers may choose to adopt last minute stand alone blank sailings to ensure further rate erosion is prevented.

The long term effects of the current rate structure as previously reported is simply not sustainable and BCR is focused on ensuring that our customers are aware of these fluctuating price cycles as the market conditions can change quickly. It is evident that we will see carriers’ 2015 profitability threatened as pressure to fight for market share amidst sluggish demand and overcapacity continues.

In accordance to the AADA Business Plan for 2015, another GRI has been announced effective 1 August. Historically, the traditional peaks in our trade start mid-August, however as we have seen in the last few years, the traditional peaks are now being created by the controlled capacity cuts carriers have imposed.

As we approach the busy season we encourage you to forecast your bookings with a minimum lead time of 2 weeks in order for us to prepare the best scheduling and price competitive options to suit your needs.

Some sea freight carriers have announced their intention to implement a Southbound Rate Restoration effective 1 August. In BCR’s opinion this increase, although dependant on market forces, will be difficult to achieve with no programmed capacity cuts in the near future.

With USA container volumes expected to rise by 7.3 per cent in comparison to last year, US retailers are preparing for a promising sales season.

US spending is expected to increase as consumer confidence makes a strong comeback. Despite the West Coast ports clearing congestion which developed with the ILWU labour negotiations, there will still be difficult times facing West Coast ports while they struggle to regain their previous market.

Notices to freight forwarders last month advised changes to the bunker adjustment factor (BAF). We have recieved another notice regarding the BAF (Northbound). The BAF (Northbound) on freight ex Australia and New Zealand to the East Coast of the United States of America and Eastern Canada will adjust to USD 637 per teu effective 1 August. The revised BAF will apply to all Reefer & Dry cargo received on or after this date. The Reefer Consumption Surcharge remains at 15 per cent of BAF.

This trade continues to remain stable with no increases on the horizon. The only fluctuations that have been evident on this trade are the changes to the BAF which are VATOS “valid at time of sailing” and may be subject to change at the carriers’ discretion.