How Partnering with a Freight Forwarder Will Benefit You

If you are using a freight forwarder in Melbourne, there are four reasons your sea freight cargo should be  getting delivered quicker and cheaper. Find out why pre-clearance, infrastructure improvements, new trade agreements and coastal shipping are continuing to improve service delivery from freight forwarders in Melbourne.

How Partnering with Freight Forwarders in Melbourne Will Benefit Your Company 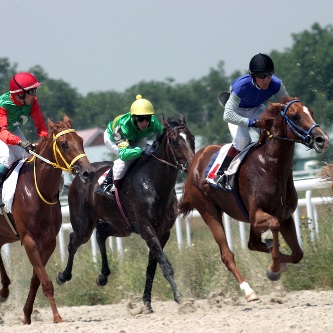 If you are using a freight forwarder in Melbourne, there are four reasons your sea freight cargo should be  getting delivered quicker and cheaper.

Find out why pre-clearance, infrastructure improvements, new trade agreements and coastal shipping are continuing to improve service delivery from freight forwarders in Melbourne.

Following our previous blog post on why freight forwarders should be clearing your cargo quicker, the Australian Customs and Border Protection Service (ACBPS) has released a study this year documenting striking improvements to cargo release times.

Early reporting, the new Trusted Trader Scheme and extra government funding have quickened both air freight release by an average of 5 hours and sea freight by another 5.5 hours, the biggest improvements seen since 2008. This new benchmark sets the standard for freight forwarders across the nation, assisting importers ship their goods faster.

The Port of Melbourne Corporation is making space for the forecasted increase of freight trade, a stimulated economy and population growth in Victoria. $1.6 billion will be invested into creating an area large enough for one million TEU’s and additional cargo-handling technology, improvements needed to keep the position as the number one container terminal in Australia.

The cargo requirements being accommodated for include containers, dry bulk, general cargo and bulk liquid. The Port of Melbourne will have a specific focus on the automotive industry with extra storage and a special warehousing unit for packing and inspections. Investments into these areas are designed to streamline the customs processing and provide quicker cargo handling through the Port of Melbourne.

Importing opportunities are being taken by Australian companies because of lower costs and labour, but Australian manufacturers are also progressively targeting China as an export destination. With the twentieth round of negotiations coming to a close, both countries want to agree on a Free Trade Agreement (FTA) by the end of 2014.

A FTA would hold huge benefits for shippers in business with China including cheaper customs tariffs for imports and exports, reduced barriers for market trade, and increased shipping volumes. China is Australia’s largest trading partner, with total trade recorded in 2013 as $150.9 billion. Read more about the Australia-China FTA here.

Coastal shipping: the good and the bad

Melbourne’s sea port is on the coastal shipping route for Australia’s east coast. Because of this there are tactical advantages for shippers using freight forwarders in Melbourne, but also threats. Manufacturing Australia have presented a case to the government outlining the current unfair coastal shipping market, stating that local shipping is more expensive than international shipping creating a barrier for Australian traders to market. Here is a snippet from their appeal:

“For example, it costs approximately 40% more to ship bulk commodity goods such as raw sugar between Queensland and Melbourne than it does to ship comparable goods from Thailand to Melbourne.” (Read the rest of Manufacturing Australia’s appeal here)

The cost of coastal shipping is more expensive due to government legislation making all foreign shippers provide Australian standard wages to their workers while traveling the coast. Plasterboard is a product made here and overseas that costs more to move from Melbourne to Fremantle than from overseas to Fremantle. The discrepancy is caused by shipping liners forced to apply for a ‘voyage permit’ to carry coastal containers on their trip, capped at a maximum 10% of overall ship cargo.

The permit increases wages during that leg creating a higher cost of service. However, if the government was able to reduce forced costs to the same as regular foreign wages, this would increase competition and decrease coastal shipping prices. PIL is a major shipping liner wanting reduced costs but only seeking to transport coastal freight from Melbourne to Fremantle, skipping the northern east coast ports, meaning cheaper transport for freight departing Victoria. High coastal shipping costs also affect major shipping companies ANL, Maersk and APL.

Although there are some issues with coastal shipping, our customers still prefer this method to road and rail when moving containerised cargo from east to west with many utalising our coastal service which leaves twice a week from every major Australian sea port (Brisbane, Sydney, Melbourne, Adelaide, Fremantle).

Using the Port of Melbourne as a processing hub for a shippers supply chain is becoming increasingly popular. New clearing benchmarks and port improvements are getting cargo processed faster, while trade agreements and coastal shipping are providing opportunities for more business.

BCR is an Australian owned freight forwarding and customs brokerage provider. With offices all over Australia, if you want a freight forwarder that is up-to-date with industry standards while continuing to improve your supply chain processing, BCR can assist your business.

For traders dealing with cargo to or from China, partnering with freight forwarders in Melbourne is a strategy already used by many local shippers. With China’s manufacturing costs for wages and materials being relatively low, the best ways to ship these commodities is sea freight. The Port of Melbourne has two global partnerships with ports in China that promote staff exchange programs and hold international events to build relationships. Melbourne is China’s largest destination and origin for containerised freight in Australia.